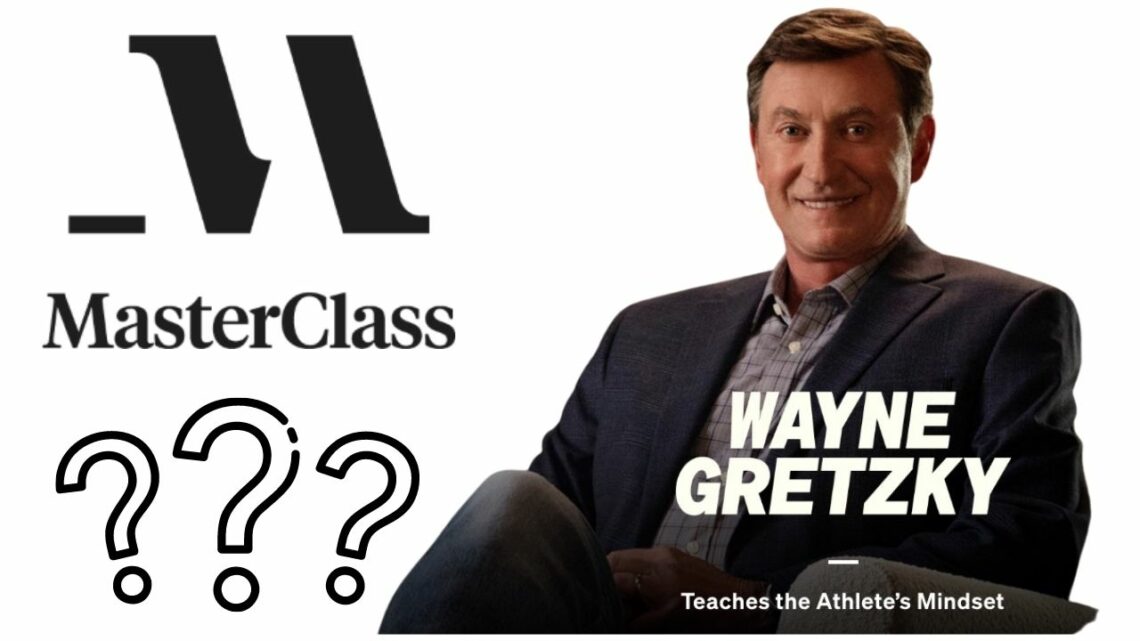 NHL star Wayne Gretzky shares his journey and his approach to a winning mindset, from tapping into your true passion to committing to success every day.

“The Great One” shares the foundation behind his mindset and provides an overview of the class.

Learning to do something doesn’t necessarily require expensive equipment. Wayne’s father got creative with homemade methods to teach his son the fundamentals of hockey, which fueled Wayne’s love for the sport.

It’s important to find the person or people who inspire you and not only watch what they do but also learn how hard they worked to get to their level.

5. Play Above Your Level

Wayne was six when he joined his first organized team, which was full of 10-year-olds. He continued playing with older age groups until turning pro at age 17. He says that competing against advanced players made him better.

Wayne believes that the freedom of an unstructured style of play on the ice and playing multiple sports in his youth gave him the advantages of creativity and versatility.

Sometimes, in order to do what’s best for your career, it’s necessary to make tough decisions that take you well out of your comfort zone. For Wayne, that meant moving away from his hometown at age 14 and living with families in other cities.

It’s nice to dream big, but to make those dreams come true you have to set realistic goals and achieve them one by one.

9. Transitioning to the Big Leagues

When you are hired to do a job, you have to be a professional, and you have a responsibility to meet the expectations of your employer and your teammates. Hockey is a game, but—especially at the pro level—it’s also a business.

Because everybody is working with different levels of talent and skill, it’s important to make honest assessments of what you are good at and what you are not.

In his second year in the NHL, Wayne acted on the advice of his dad and coaches, who spent years encouraging him to shoot more. He scored 50 goals in the first 39 games—an NHL record that most experts agree will likely never be broken.

12. How to Build a Championship Team

The Oilers’ coach developed a creative style of play based on the unique talents of Wayne and his teammates, resulting in a completely different style of hockey and one of the most exciting teams in the league.

13. The Mindset of a Champion

In losing their first chance at the Stanley Cup, the Oilers learned a valuable lesson in preparation and dedication: If you want to become the best, develop consistent habits and practice with a purpose.

14. Don’t Rest on Your Laurels

A champion’s mindset means that success is not defined by a single victory. After winning their first Stanley Cup, Wayne and his teammates worked even harder the next year—and it resulted in three more championships.

Life is full of changes, so it’s important to be prepared for anything that is thrown your way. After winning four Stanley Cups in the span of five years in Toronto, a Canadian city known for hockey, Wayne was traded to Los Angeles.

16. Earning Respect From Your Peers

Accomplished players hold a unique position and have a responsibility to step up as leaders, but they should always make it a priority to earn the respect of their teammates.

17. Stay Healthy to Stay in the Game

You have to be present to win, and maintaining your physical and mental health allows you to be at your best for as long as possible.

Wayne holds more records than anyone in the history of the NHL and is widely known as the best hockey player who’s ever lived, but rather than talk about it, he is a big believer in leading by example and letting hard work speak for itself.

From growing up in sports to becoming a pro hockey player and the father of five kids, Wayne has a unique perspective on how people handle youth sports. He believes it should be all about the fun.